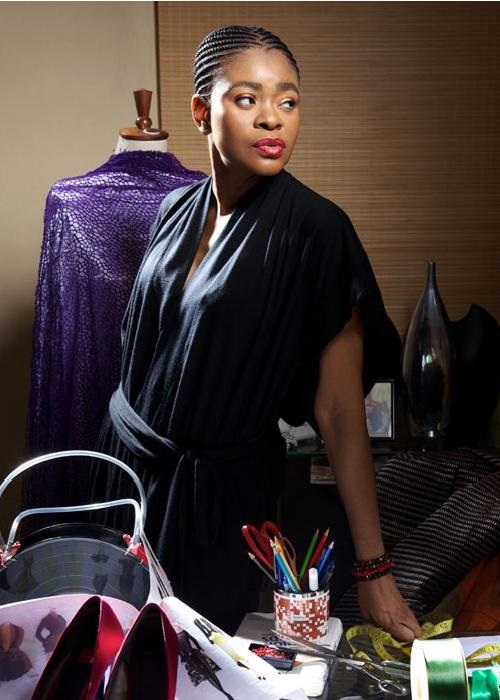 Deola Sagoe is a fashion designer who studied at the University of Miami and University of Lagos with a Masters in Finance and Management, Sagoe began designing in 1998 and has gained international notoriety for her lively, and colorful designs.

She was recently appointed to represent Nigeria in a new international campaign organized by the United Nations World Food Program. The campaign, titled “Catwalk the World: Fashion for Food.”, began in Nigeria in April 2006 and recently staged an event in Ghana which brought celebrities like Damon Dash, his wife, designer Rachel Roy, and Ghanaian-born, London-based designer Ozwald Boateng. Sagoe frequently exhibits her couture collection at Cape Town Fashion Week and has been an invited guest of New York Fashion Week in the past. Sagoe has won the “Africa Designs” and the MNET/ Anglo Gold African designs 2000 awards for which she was nominated by Andre Leon Tally, US Vogue editor. She has also has famous fans such as Oprah Winfrey and Will Smith.

Lookbook: "I Am a Tree" by Orange Culture 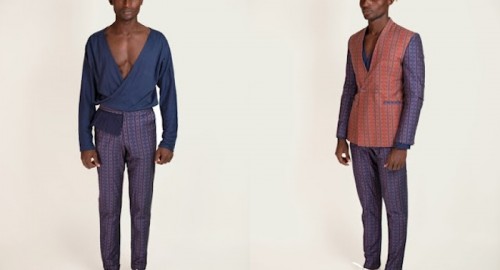 Lookbook: "I Am a Tree" by Orange Culture

So since Orange Culture’s amazing LFDW show, we’re still reminiscing via the lookbook for the new collection, entitled...